When Lucasfilm decanonized and discontinued the Star Wars Expanded Universe - rebranded Legends - the Star Wars fandom channeled its sense of loss into a force for good. A fandom that since 1976 had marveled at the expanding universe inspired by George Lucas became a charitable force for children's literacy.

In 2015, a wide array of fans from around the globe - of diverse background and station yet united in love of Star Wars - mobilized to install a billboard outside of Lucasfilm with the twin goals of lovingly demonstrating its continued demand for new Expanded Universe/Legends story set in a parallel path to the new canon as well as ignite interest among potential new fans to the Star Wars Expanded Universe, the epic saga that unfolded from 1976-2014.

Inspired by its members own experiences with the Expanded Universe’s role in their own early love of reading, and knowing that more could be done to pay their love of Star Wars and reading forward, the same group that mobilized in 2015/2016 to show demand for continued Legends remobilized to supply a greater need: childhood literacy.

Thus was born a new positive force in the SW fandom, the Twin Suns Foundation, an IRS designated 501(c)(3) charity, which donates books to libraries and children’s hospitals, often in conjunction with global Star Wars fan organization, the 501st Legion.

To learn more about our book drive efforts, visit us at: https://www.twin-suns.net/ryn-network

Twin Suns Foundation congratulates Lucasfilm on its successful new trilogy, and many more Star Wars projects to come. And, after five years of waiting for new Legends, we gratefully accepted Marvel Star Wars 108 in May, the first new Expanded Universe graphic novel story since 2014! With the close of the Skywalker Saga set in the new canon timeline - and building on our desire to enjoy new Legends content and increase our charitable reach - now is the time to launch two new billboards to again ask for more Legends.

In the hope of sharing our love of the Expanded Universe/Legends storyline, as well as in the interest of attracting greater attention to our charitable objectives, fans behind the first billboard join with a united fandom to ask Lucasfilm for more Legends set along a parallel path to the new canon.

*Update: The billboards are up! * 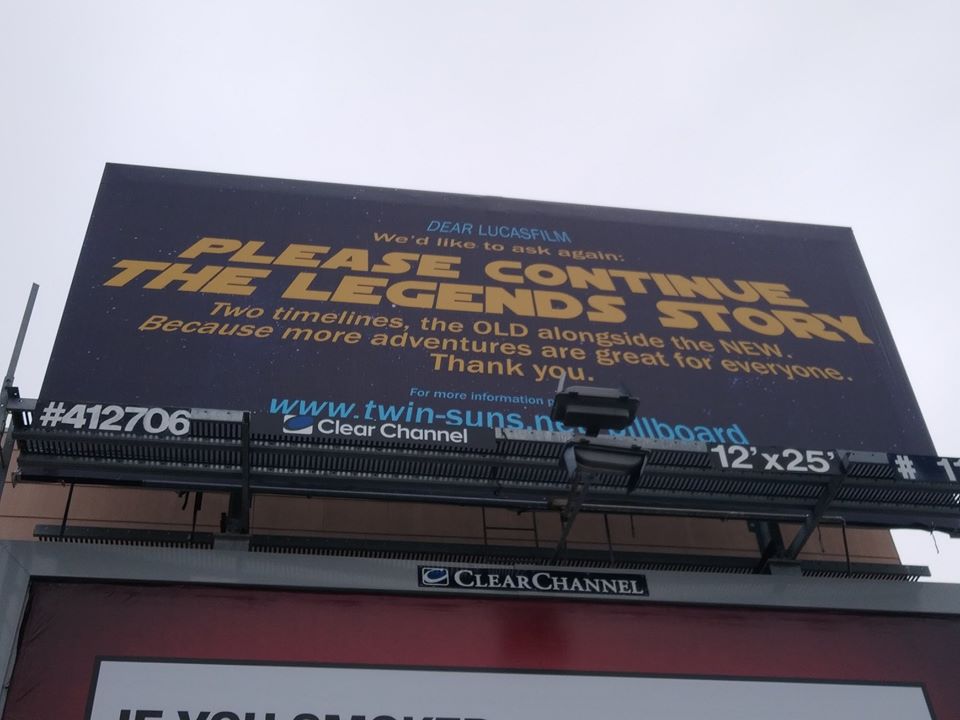 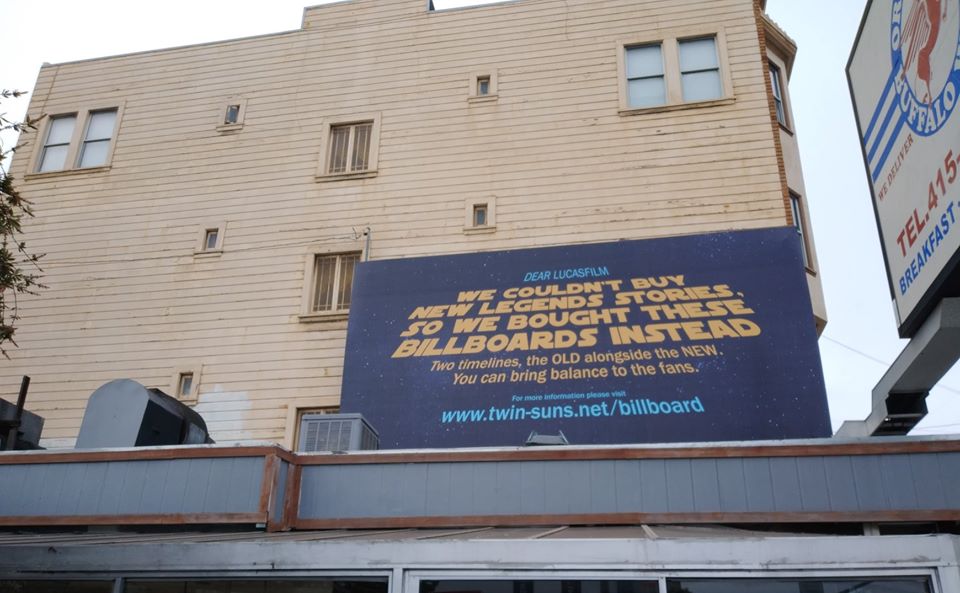