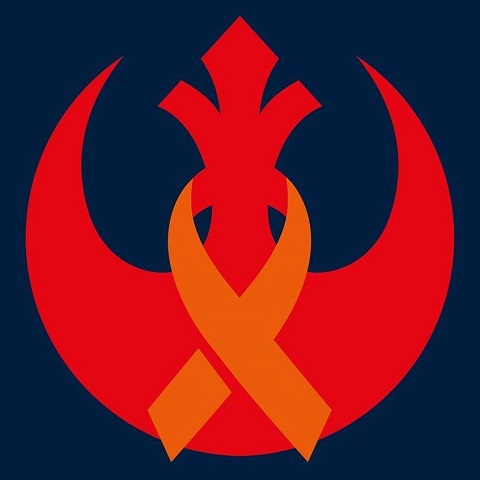 The Expanded Universe Movement has existed in some shape or fashion since the hours immediately following the decision by Disney and Lucasfilm to announce the decanonization and relabeling of the Expanded Universe, which is now known as the Legends timeline. Originally, it was little more than a small section of the Star Wars fandom who were extremely distraught over the direction the franchise had turned.  But over time, it would grow to be much more.

In the months following the original announcement in April 2014, fans of the Expanded Universe sought out one another through social media and eventually found one another primarily on Facebook, but other platforms as well.  Pages, YouTube channels, groups, and more sprang up to facilitate communication, and eventually serve as a basis for discussion of what should be done to try and correct the worsening situation in the fan community.  Unfortunately, not much progress was made in the early months due to the negative emotions caused by the announcement.  After all, a story 37 years in the making had just had a sudden and unexpected end midway through its telling.  But this was how the Movement started.

The original efforts of the Expanded Universe Movement mostly centered around one of the larger facebook groups, The Alliance to Preserve the Expanded Universe.  This group had members who would organize social media campaigns, which were intended to remind various companies involved in the franchise that there was still a heavy demand and deep love for the Legends timeline; the point of this being to convince them to continue creating Legends content. On August 2nd of 2014, the first social media campaign was launched. Members of the group, as well as many fans outside, repeatedly gathered month after month to make their voices heard, through social media campaigns and through letter writing and petitions. Unfortunately, it was not always with a clear message, due to lack of organization.

By April 2015, several members of the group realized that the message, and the existence of the movement itself were not being heard by a wide enough audience.  They created a new group with the focus of coordinating the many pro Legends groups, pages, twitter feeds, YouTube channels and more in social media campaigns and letter writing efforts to places like Disney, Lucasfilm, Del Rey and more.  The first real signs of this organizational attempt becoming successful happened in the summer of 2015, when Darth Revan won Hasbro's Black Series Fan Poll, handily becoming the first newly created Legends memorabilia since April 2014.

This encouraged those in the group to take an even bolder stance and push for a new project to get word out, as it was clear the message of the Expanded Universe Movement was still being misconstrued, and not reaching the majority of the fan community.  They sought to correct this by planning to erect a billboard message in San Francisco just down the street from where Lucasfilm's Headquarters are located.  Planning for this project started in earnest on October 8th of 2015.  On December 7th 2015, the crowdfunding effort was launched, and one month later on January 2nd, 2016, the project successfully met its funding goal and ensured it would become a reality.  Additional funds were also raised, which were put towards purchasing and donating books to a public library in the Phoenix, Arizona area. 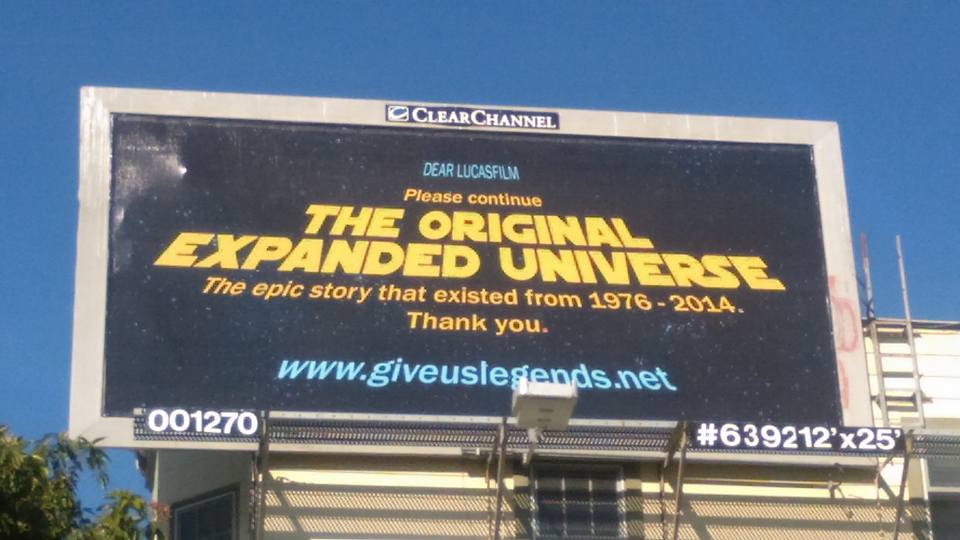 The billboard went up on April 18th 2016 and garnered far more attention for The Expanded Universe Movement than any effort had before during the month it remained up.  Media coverage was beyond what the team behind it had anticipated, and they soon found themselves being interviewed by various news outlets online.  While not all of the coverage indicated an understanding of the intent behind the message on the billboard, it was clear that a good portion of the world learned that there was a fan movement supporting a continuation of the Star Wars Legends timeline.  Among those learning about the movement were several employees at Lucasfilm, something which would later play a major role in another future success the Movement had.

By the end of April 2016, the success of the Expanded Universe Billboard made it clear to the group and team behind the project that similar projects would need to happen in the future in order for the movement to meet its goals.  The next step to make that a reality was to create a business entity to facilitate all future fundraising projects, as the funds raised by the billboard fundraiser had to be reported as taxable income by someone on the team, despite the team keeping none of the funds raised! Taking the idea of a business entity one step further and using the book donations that the previous fundraiser had raised as inspiration, the group and team decided to create a non-profit, tax exempt organization.

In June 2016, Twin Suns Foundation was born to facilitate the professional needs of the growing Expanded Universe Movement.  With its primary focus on spreading literacy through acts of charity, while also supporting the goals of the movement, Twin Suns Foundation, now run by the very people who put the billboard project together, began planning out their next projects.

Meanwhile, the Expanded Universe Movement continued both its social media campaign and its letter writing campaign.  In July of 2016, it also successfully campaigned for Jaina Solo to win the Hasbro fan poll, an even bigger victory than the previous year's Darth Revan as Jaina had not been seen outside any material beyond the pages of novels.

In the second half of 2016, Twin Suns Foundation headed up an effort to donate Legends books around the world, meeting with moderate success and informing the team of how to improve similar efforts in the future.

In January of 2017, Twin Suns Foundation learned that one of its long shot projects had succeeded.  Shortly after the Foundation was created in June of 2016, Twin Suns submitted an application to Lucasfilm to have a Fan Table at 2017's Star Wars Celebration Orlando.  The team learned their request had been granted and a fundraiser was immediately started to help fund a digital advertisement campaign and some materials for the table.  The fundraiser successfully funded on February 19th of 2017 and continued to expand until it concluded on March 23rd of 2017 with all excess proceeds eventually going towards the purchase and donation of new Star Wars Legends books.

In April of 2017, the Expanded Universe Movement's professional entity, Twin Suns Foundation, made its convention debut at Star Wars Celebration Orlando.  The team sent to Orlando was thrilled to find that their message of coexisting Star Wars timelines was met with an overwhelmingly warm reception.  Additionally, the team was able to collect over sixty Star Wars Legends books at the booth, and later donate them to a local children's hospital in Orlando when the convention concluded, thanks to the generosity of the attendees of the convention. 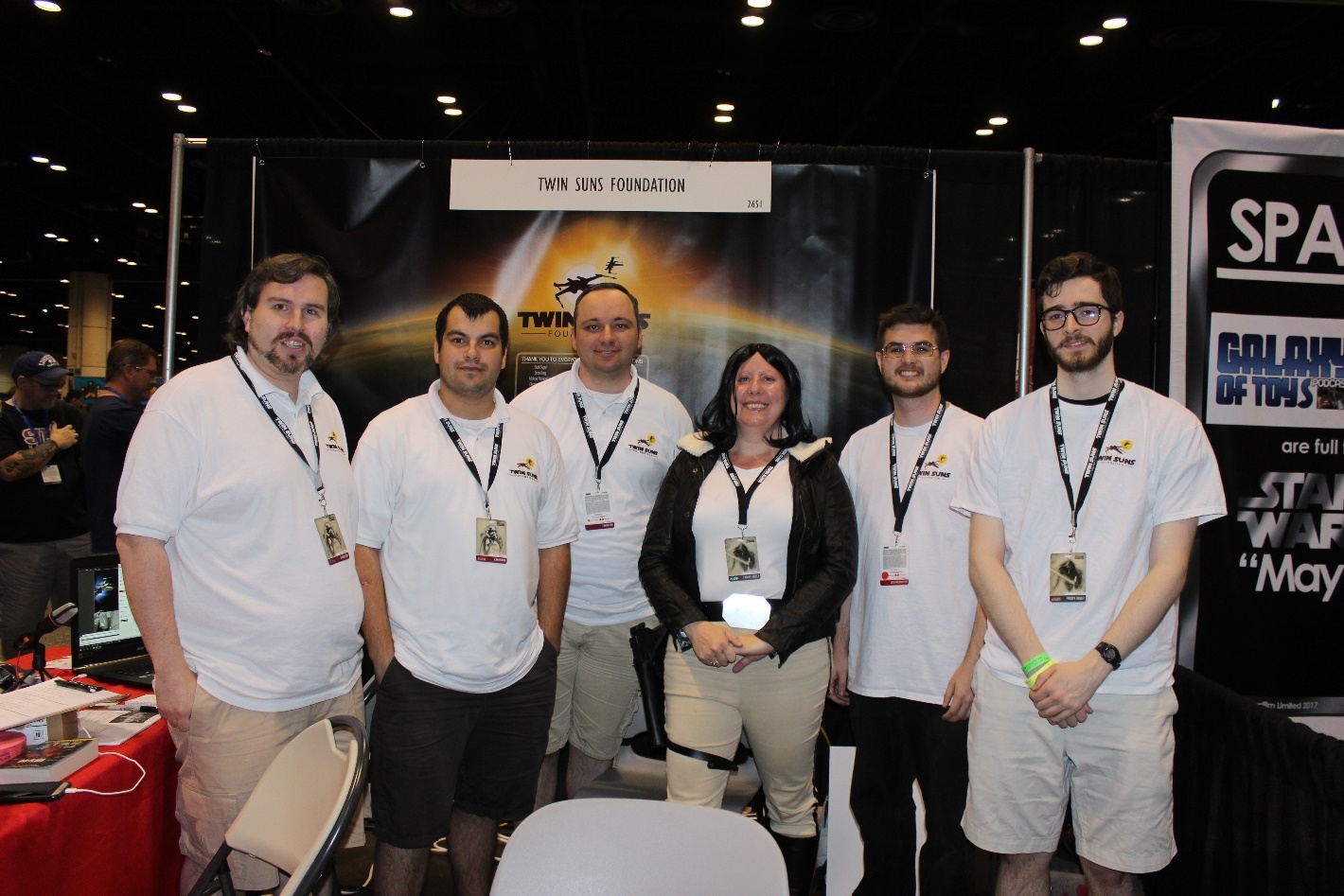 In May of 2017, Twin Suns Foundation donated another sixty-one books to a children's hospital in the Los Angeles area using the excess funds raised earlier in the year, moving its total number of books it has directly donated in the short time it has been around to nearly 150, helping to spread the love of Legends to even more fans.

In its now over three year history, The Expanded Universe Movement has had quite a lot happen and made a lot of progress since its early days!  Today, it continues regular social media campaigns, letter writing efforts, and much more across the internet, working to heal rifts in the fanbase as it goes.  Its message of more Star Wars for ALL fans continues to spread, and the movement finds its numbers continuing to increase as a result.

The future of the movement is bright!  We greatly anticipate adding more history to this page soon!  In the mean time, the Expanded Universe Movement continues to need more members as it works towards its goals!  We here at Twin Suns Foundation hope to see you among them in the future!  To find out where to go to join us, be sure to check out our Social Media page on our website which includes a list of places you can find other members of the Movement!